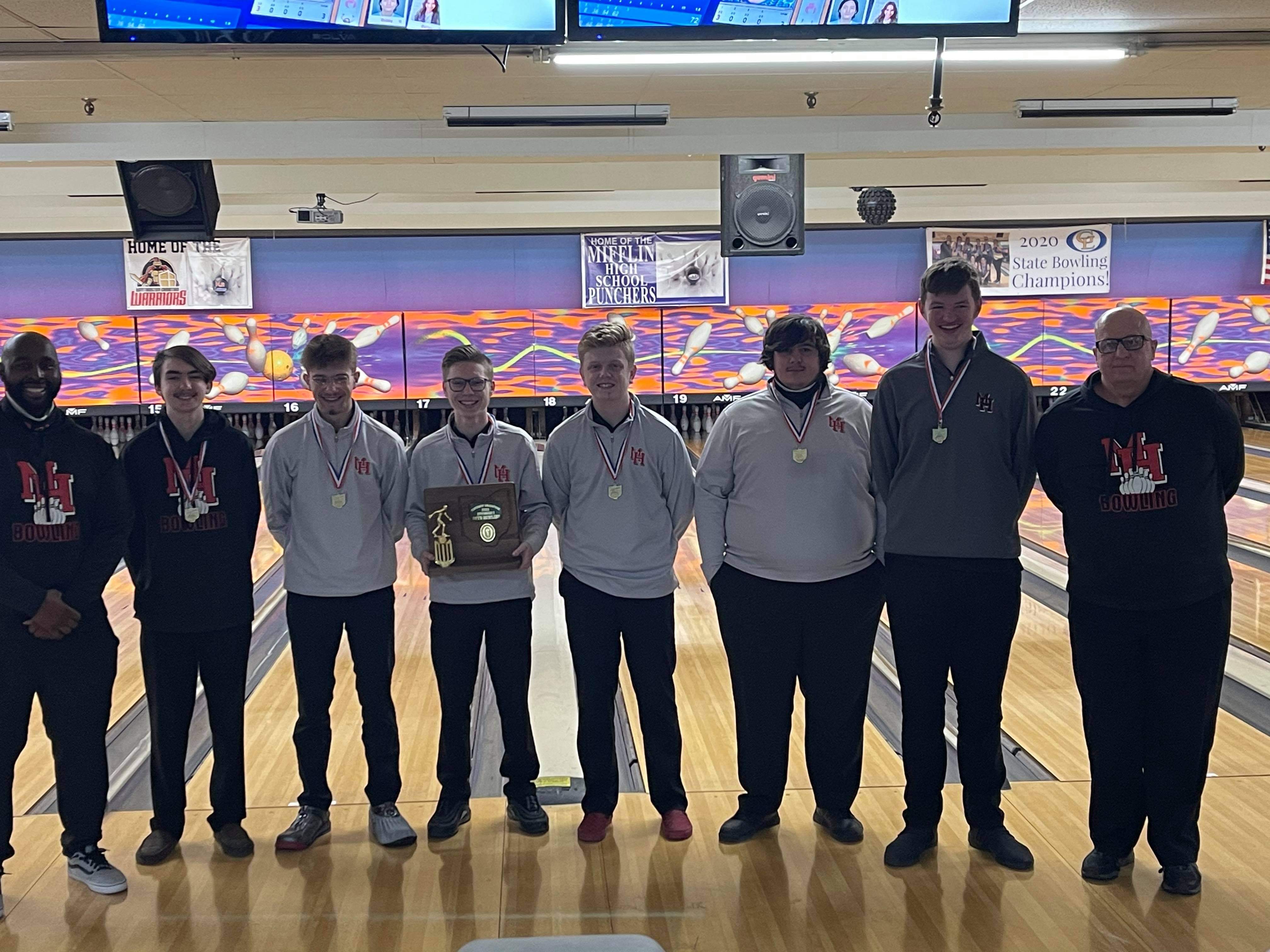 Back to Back to Back to Back State trip for the Marion Harding Presidents. And for the lone senior on varsity Eli Cox. All he knows is winning MOAC Tournaments and advancing to the State Bowling Tournament. Harding not only are going to represent the Central District for the fourth time, they are now going as District Champions. Shooting a high 4195 total, edging out Hilliard Bradley by 27 pins. The Presidents were led by senior Eli Cox, who finish third in the district for individual scores with at team high 712 series. ” These young men are a very special group. After the first game, when other teams where still worried about the Presidents, when we started with a 943 open game.The guys heard all of the noise from the other team about the score we shot. I told them, they have woke up the sleeping giant! And from there we showed everyone, what they were wanting to see (1025 and 1043)” – Coach Chatman

The boys are back in action tomorrow night against Shelby in a make-up match before they prepare for State!

No Events This Week

Events are added by athletic staff.
View All Events